I wanted to finish off my series of Interactive Fiction posts with some hints and tips for the new IF writer. Unfortunately, I’m new to this myself, and therefore not really qualified to give advice on such a unique form. So, instead, I asked some well-known IF authors to do it for me! This week, I am very proud to present insight from Emily Short and Stephen Granade.

Yes, you read that right IF fans! I sent some carefully considered questions out to accomplished and established authors, and was delighted when I received some positive responses. Not only that, but the answers given were so complete that I realised I could not limit this to just one post. Emails are still going out, so this is currently a series of undetermined length, but I can promise you at least three posts of useful IF tips and insight. What follows is a brief bio of each of the contributors for this week, followed by the questions and answers themselves. I would like to extend my sincerest gratitude to both Emily Short and Stephen Granade for being so generous with their time. 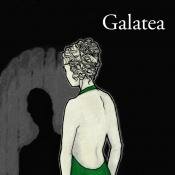 Emily has written a slew of works of interactive fiction, has won numerous XYZZY Awards, and the Interactive Fiction Competition (IF Comp) as well. Not only is she a prolific author, she has been an enthusiastic contributor to the IF community and also to the study of IF, writing numerous articles (available on her website), and being interviewed on the subject (including this article, originally printed in Edge magazine). She is also a contributor to Inform, having written almost all of the examples, and the (extensive) recipe book that is included with the manual. 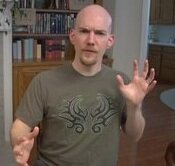 Stephen, as he appeared in the documentary, GET LAMP

Stephen is a physicist who has authored many interactive fiction stories. He has been a winner in the XYZZY Awards, and has been a finalist numerous times, and is the current maintainer of IF Comp. He also appeared in the documentary GET LAMP. He can be found online in a variety of places, including Twitter, his Brass Lantern site, and his family site, Live Granades.

There’s not a lot of literature on IF, but there are a couple of seminal works. If you like the sound of this medium, you should really read these

*Note that all Amazon links go through my associates account, to help out Getmewriting.com. If that bothers you, don’t click!

There’s a bunch of coverage on here. Here are the highlights: