3 Sure-Fire Ways to Prepare Your Characters

I have covered a few ways to prepare your character on GetMeWriting, but I recently heard a new one, so this seems like a good time for a round up!

Characters are important – they are the thing that connects your readers to the story; the filter through which they see each plot point. Without engaging characters a story feels limp and lifeless.

So, it behooves you to get them right. But that can be an intimidating prospect, especially when faced with the terror of the blank page. Some preparation can be comforting and useful. With some preparation you can have your characters seem whole on their first appearance.

This one has been covered here before. in fact, we even produced a free character sheet download for you to try.

Click the image to get your free character sheet!

The great thing (and the worst thing) about character sheets is that they can be as sparse or detailed as you like.

Some people fill out every meticulous detail – eye colour, personal history, mother’s maiden name, bank account number – you name it, it can go on the sheet if you want it to.

Personally, I find that can quickly turn into a distraction, and a way of procrastinating. I like to keep things to just the minimum you need to start the story, and I designed our character sheet with that in mind. That way you get what you need but keep the small thrill of improvisation when you write your scenes.

Speaking of which, here’s a method designed to let you reach the depths of a character’s psyche through improvised writing. 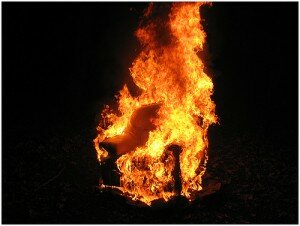 Here you get to both interviewer and character. Simply ask your character a question and have them answer it. Don’t stop to think.

Some people like to have a series of questions already planned out, so they ask all their characters the same things. Others prefer to improvise the whole thing.

Perhaps the ideal is something inbetween – have a question sheet ready, so you don’t freeze up, but feel free to improvise new questions depending on your character’s answers.

This technique has the added benefit of allowing you to explore the voice of the character – something that’s difficult on a character sheet.

We covered character hotseating early on in GetMeWriting’s life (the page is probably due an update).

Here is the new one. I heard it mentioned on Adventures In Sci Fi Publishing, episode 225. It was an interview with Jason Hough, whose debut novel The Darwin Elevator

In it he described how he wrote out a normal day for each if his main characters. The key here is the word “normal” i.e. before the life-changing events of the novel kick off.

As well as preparing the voice of your characters, this does several things:

Perhaps another way to think of it is as a cold open for your characters.

This struck me as an excellent idea, with lots of neat side-benefits. Plus, it operates in the mode we’re used to – fictional prose. I’ve got nothing against character sheets, but I understand why some people find them somewhat cold. This neatly sidesteps that problem.

Over to you:
But that’s only three methods, and it might be that the one you use isn’t there. So tell us about it! Chances are someone else feels the same as you, so let us know how you prepare your characters!